Tutorial to make your own Lego Minifigure flash cards to use a memory or matching game that kids will love. 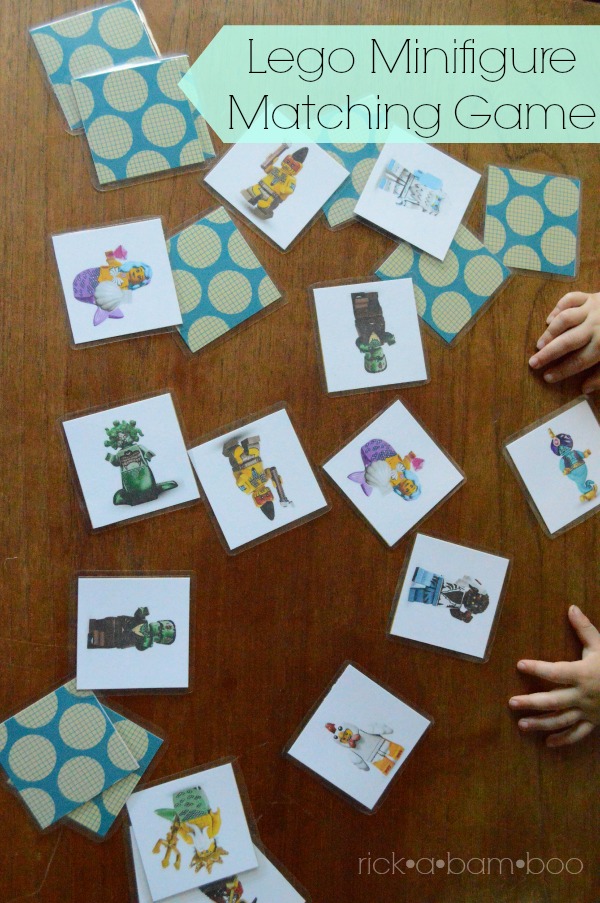 Thor loves Lego Minifigures, or “Guys” as he calls them.  We were late in starting our collection.  I think we started on series 9 or 10.

The thing is, Thor still requires supervision when playing with the Minifigures.  He’s usually really good about it.  But every once in a while a head or someone’s hair will find it’s way into his mouth.  Plus if we have any hope of not losing all the pieces we better be watching so that he doesn’t hide them somewhere.

So I thought it would be fun to make him a busy bag of his own guys to play with. 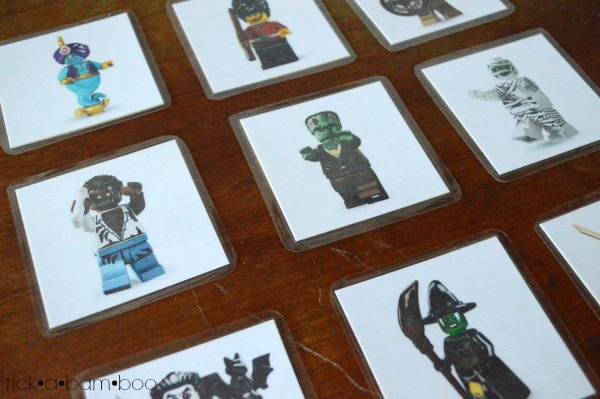 I made him a matching game set, however he doesn’t use them that way.  He just likes to stack them all up.  Whatever works.

They were simple to make.  I just went to the Lego Minifigures website and looked for the Minifigures I wanted to use.  If you scroll down the left sidebar you can see all the individual figures from all of the sets.  Previous sets are located at the bottom of the list.

I chose some of the Minifigures that we own and some that I just thought were cute.  I ended up with a total of 18. 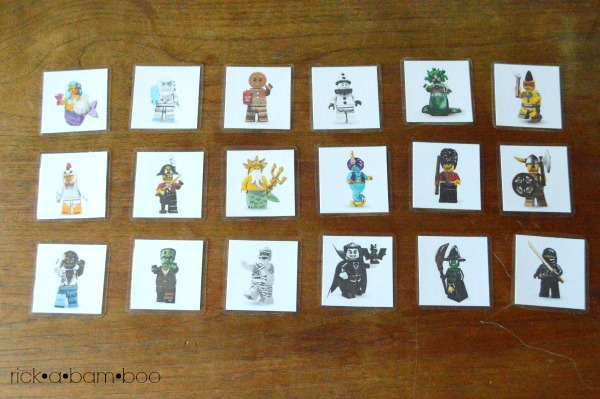 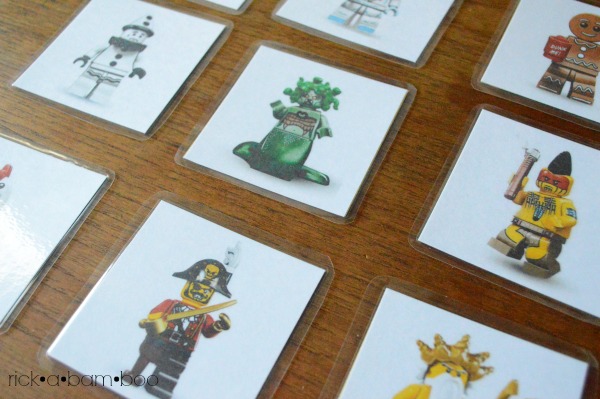 I saved the images to my computer and then using Pages I put six figures on each page.  Then I printed two of each page.  I cut them out into 3 inch by 3 inch squares.  I wanted the backs to be pretty so I added some scrapbook paper with a glue stick.  You can use tape as well, but I have found that the outline of the tape shows through papers. 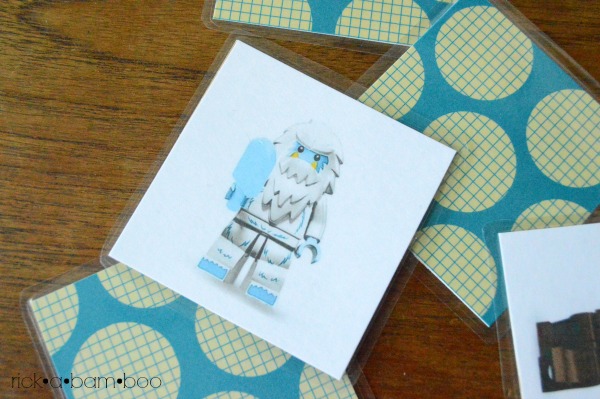 Then I was ready to laminate.  I have the Scotch T901 Thermal Laminator.  It’s awesome.  I use the laminating pouches from Sam’s Club.  You can buy a box of 200 for about $20.  If you don’t have a Sam’s membership Amazon has this box of 100 pouches for about $10.  I put my cards in the pouches and sent them through the laminator.  Then I cut them out and sent them to the tester.

He approved.  He’s always asking to play with his guys.  Even while I was taking these pictures.  This is a great busy bag game to keep little hands busy when mom needs a minute. 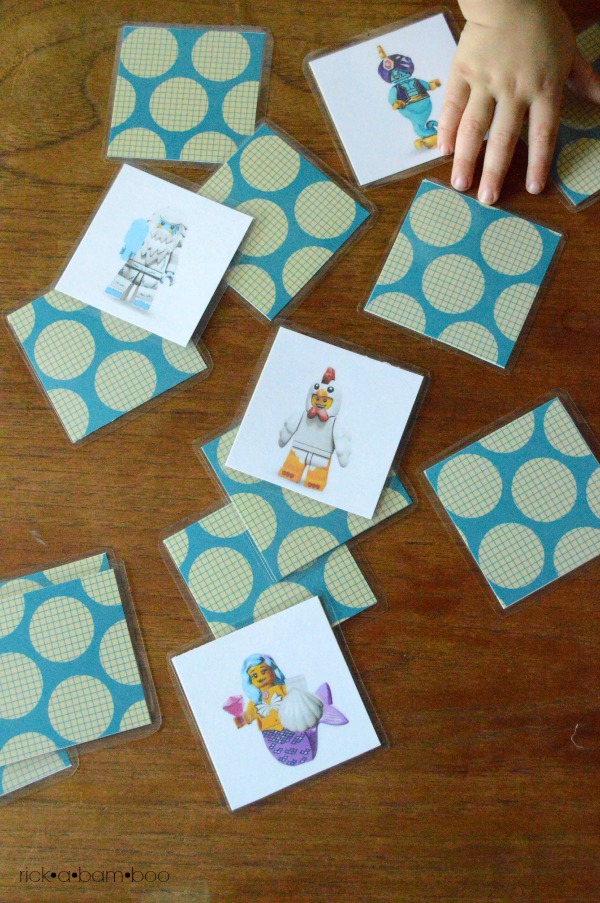 If you make some I’d love to see them.  Share them via social media with the hashtag #ambersimmonsblog.

Be sure to check out my other busy bags for more ideas.

Thinking about taking a trip to Legoland? Check out Get Away Today for the best deals around