I was looking through Pinterest for some busy bag ideas to make for a busy bag party.  A busy bag party is where everyone makes several of one kind of busy bag and everyone trades them around so that you have an assortment of busy bags.   Velcro sticks seemed to be a very popular choice.  There are a lot of blogs out there who have done their take on them.  I thought they looked fun so I gathered some supplies and made some up. 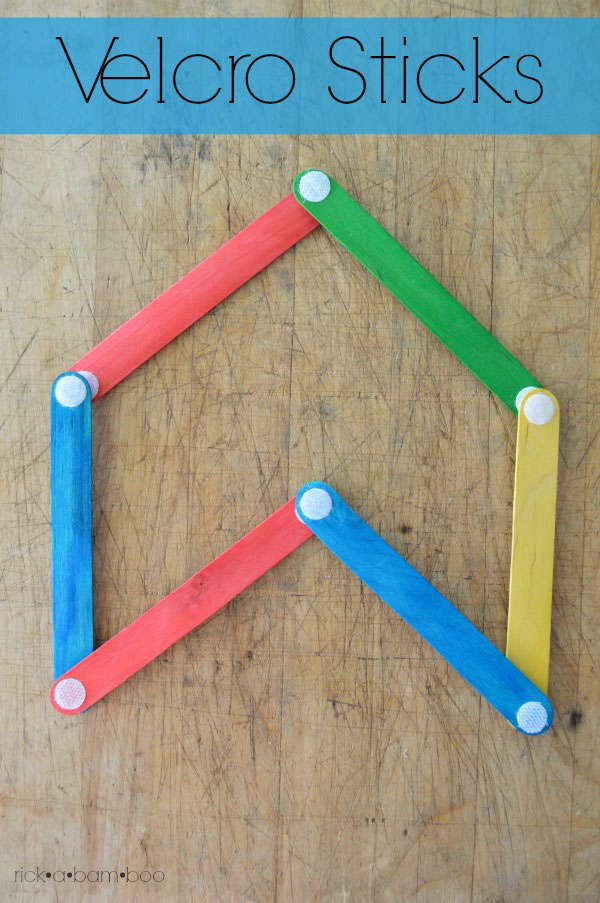 I purchased a package of 75 colored craft sticks from Joann’s.  They are just primary colors but I like them.  I thought about dying my own but wanted to choose something easily accessible in case people wanted to add to their busy bags.  I think if I were to do it again I would spray the sticks with some sort of sealer.  My fingers were rainbow after applying the velcro.

Since I had 75 sticks I needed 150 sets of velcro coins.  You could also buy velcro tape and cut it in to pieces, but I liked the look of the coins better.  However, velcro coins are not cheap.  My Joann’s sells sets of 15 coins for $4.  So I went looking for a cheaper option.

I ended up buying my velcro coins from ebay.  They were SO much cheaper than the craft stores or Amazon.  I ordered from this listing for 1000 velcro coins.  That means I received 500 sets.  That was a bit overkill but I since I was making up some busy bags for a busy bag party I thought it was a great deal.

I laid out my sticks and did the hook side all on one end and the loop side on the other.  Then I flipped them over and reversed it.  That way each end of the stick has a hook and a loop. 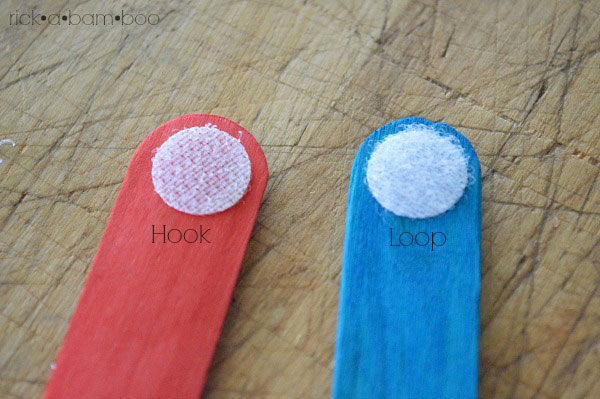 Having the sticks all uniform in this way helps them group together like this, but it does not allow for the velcro to always match up into a pair.  It just depends on the shape you are making.  So if you are wanting them to always be able to stick then you might want to mix it up some.  Maybe do both hooks on one side and both loops on the other.  I figured for a toddler it didn’t matter too much. 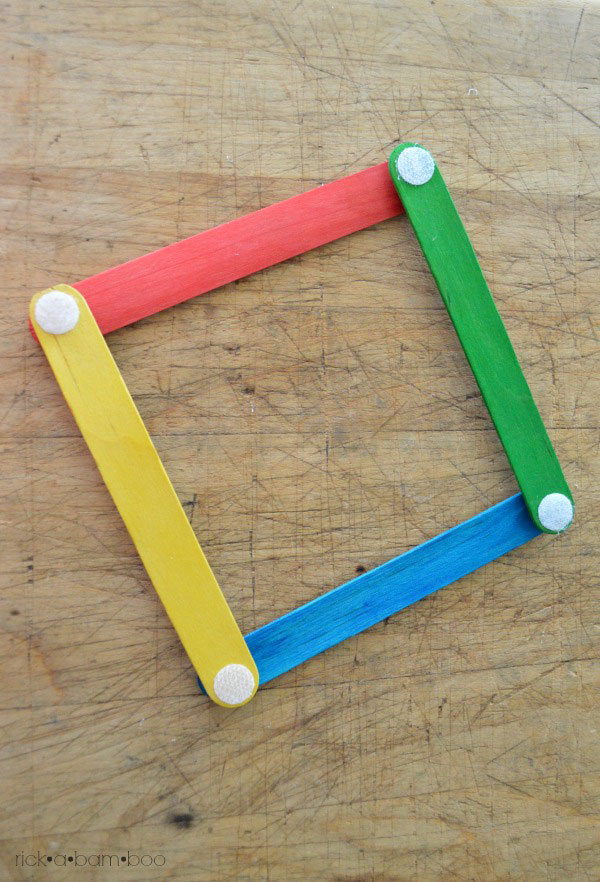 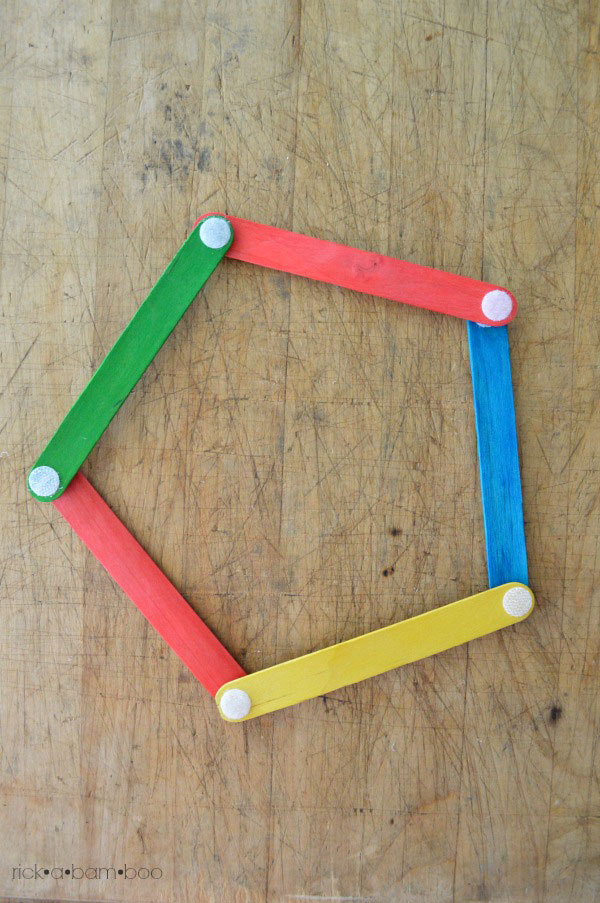 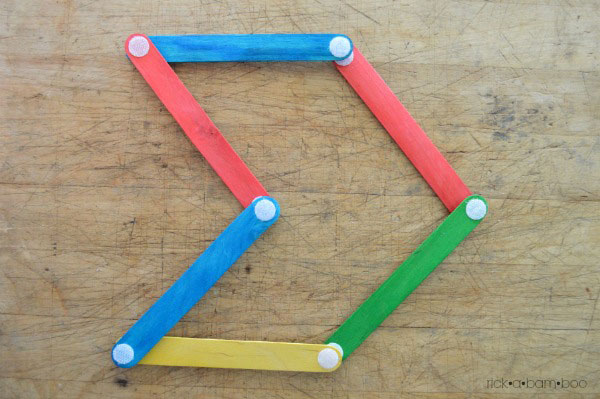 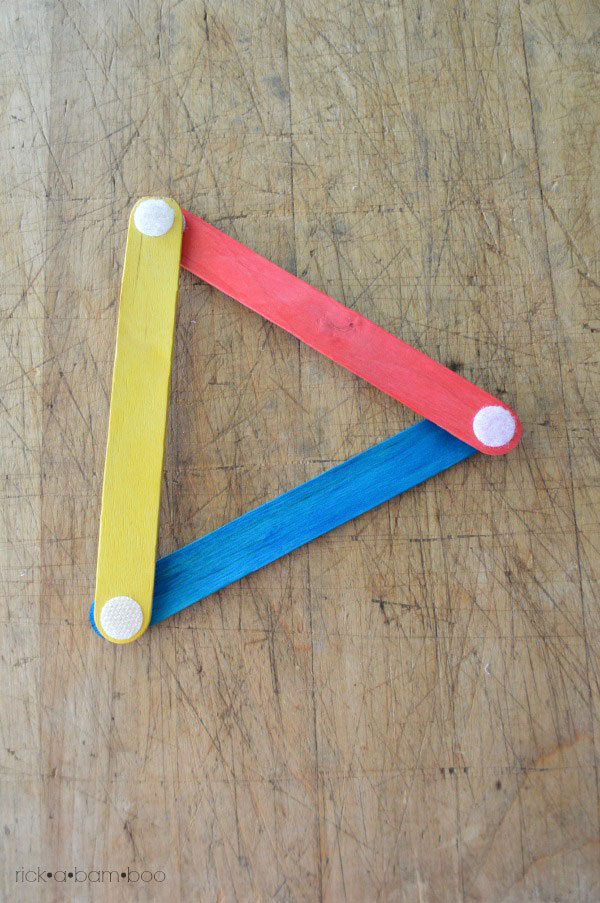 Thor loves them.  And they are a great teaching tool.  We talk about colors and we talk about shapes.

They are even “build-able” due to velcro.  So that’s always a plus in the eyes of a boy. 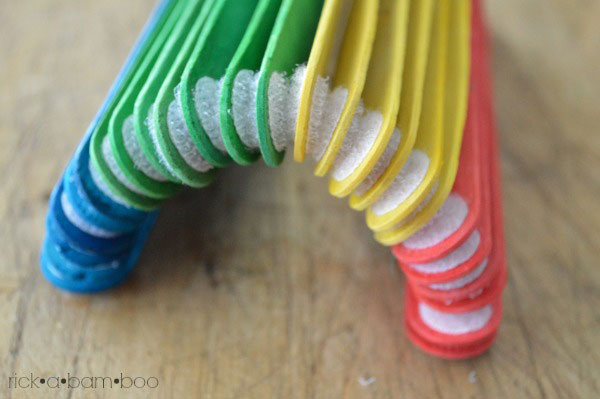 I know Hobby Lobby also has craft sticks that are in different colors.  I think they have orange and purple in the pack.  I think I might go purchase one of those to add to Thor’s busy bag.  Or maybe I will just dye a few of my own.  To add more colors to the mix.

If you make some I’d love to see them.  Share them via social media with the hashtag #myrickabamboo.

Be sure to check out my other busy bags for more ideas.