I’ve been wanting to get Thor a Montessori sand tray for a while.  But I never could quite bring myself to spending the money on one.  If you have ever priced Montessori teaching tools, they aren’t cheap.  This sand tray for example is almost $30, plus shipping.  So I decided that I would just DIY my own Montessori salt tray. 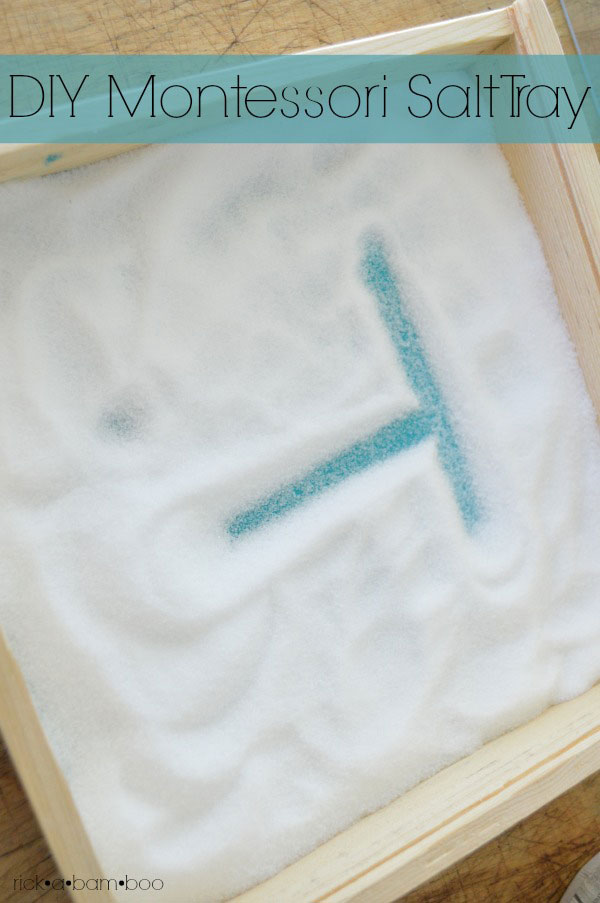 First thing I needed to do was come up with a tray.  I wanted something smaller, but not too small.  And I wanted it to have a lid.  Because no one wants sand or salt spilling everywhere when the tray is not in use.  So I kept my eye out for something that would work.

One day my mom purchased a set of Melissa and Doug animal magnets from Target for the kids to play with at her house.   The Target set came in a square wooden tray.  With a lid!  How perfect is that?  So I decided to upcycle it and turn it into a salt tray. 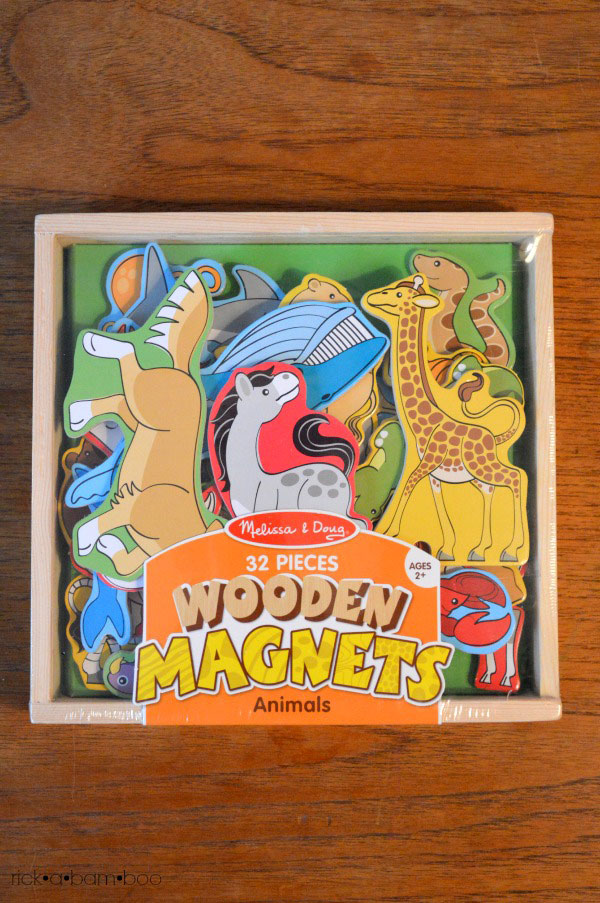 The first thing I did was paint the bottom a fun shade of blue.  You could tape off the sides to make sure that you only paint the bottom, but I just tried to be super careful and not get any paint on the sides.  I did a little bit on the side, but I am not too concerned about it as it is hidden once there is salt in the tray. 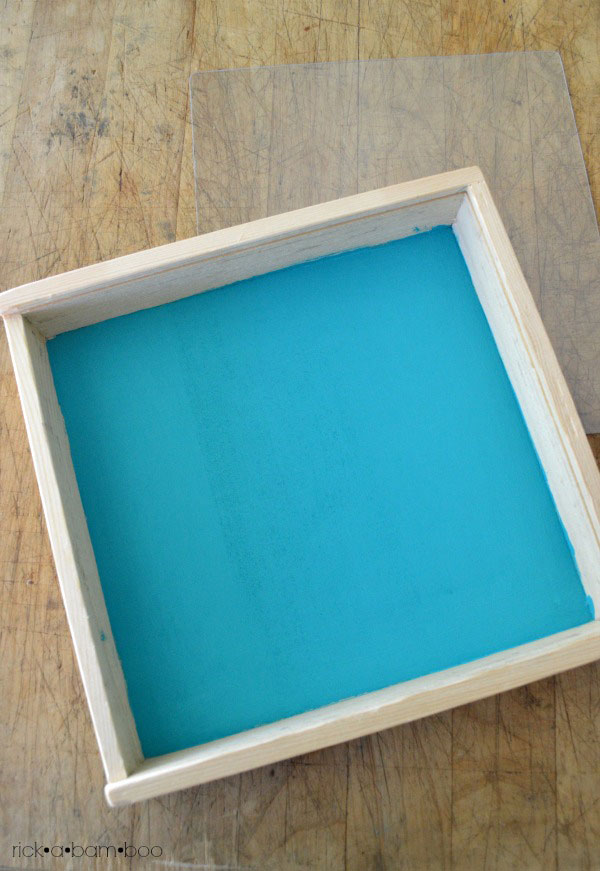 I let the tray sit overnight for the paint to dry.  Once the paint was nice and dry I added salt.  I decided to use salt instead of sand because it’s very in expensive and I already had it on hand.  Plus I wanted to fill the tray with something neutral since I had painted the bottom a color.  And if he happens to eat any it’s just salt.

Since the bottom of the tray is painted, the color shows through when you draw letters, shapes, numbers, patterns, or whatever else they are practicing.  This is a great tool to work on learn shapes, letters, and numbers as well as fine motor skills.   They can use their finger, sticks, brushes, roll marbles, or anything else you can think of. 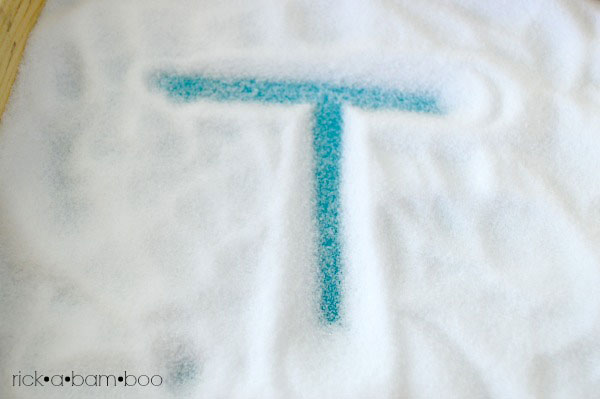 The set of magnets was on sale for $8.99.  And I already had the paint and salt at home.  So my tray cost me nothing (because I used my mom’s tray) but it would have cost me $9 AND I would have gotten a whole set of magnets.  So much cheaper and just as fun and functional.  The lid for the tray is not completely tight, but it should keep most of the salt in if the tray is knocked over as well as keep other things from getting into the salt.

Have you made your own salt or sand tray?  What kinds of activities do you like to do with it?