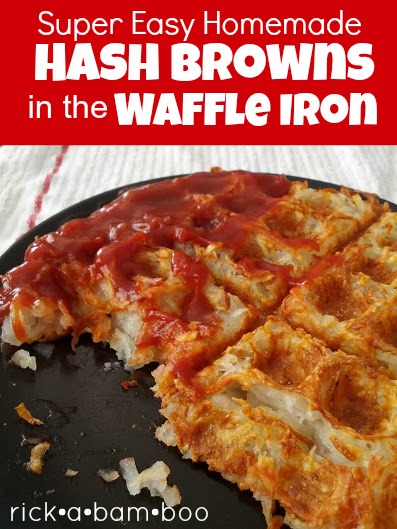 I love hash browns.  I love them even more when they are made from fresh potatoes.  Frozen potatoes have a funny taste to me.  So I like to make hash browns at home.  But I always seem to add too much oil to the pan so I end up with greasy potatoes. Not so yummy.  Plus I can’t help myself when it comes to stirring them up, so I have a hard time getting them crispy. But with this super easy, foolproof method anyone can make nice, crispy hash browns.

All you need are some potatoes and salt. And a little ketchup. (Or a lot if you’re like me.) Oh and a waffle iron.  I have a Belgian waffle iron, but a regular waffle iron would work too.

The real trick to getting your hash browns crispy is to get a lot of the water out of the potatoes.  So make sure that salt them to draw the water out as they rest and squeeze them out really good and get as much moisture out as you can. 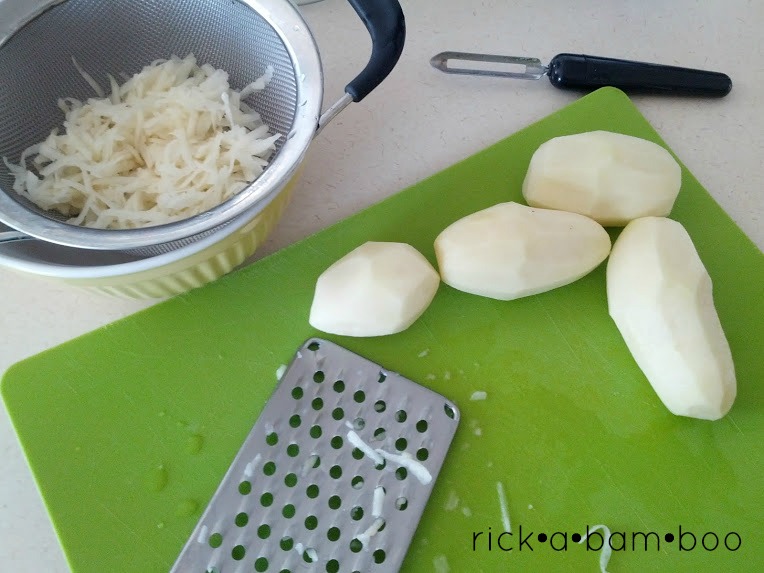 You can also open the iron whenever you want to check on them.  It won’t pull apart like an under cooked waffle will if you peek too early.  This is how mine looked after just a few minutes in the iron. 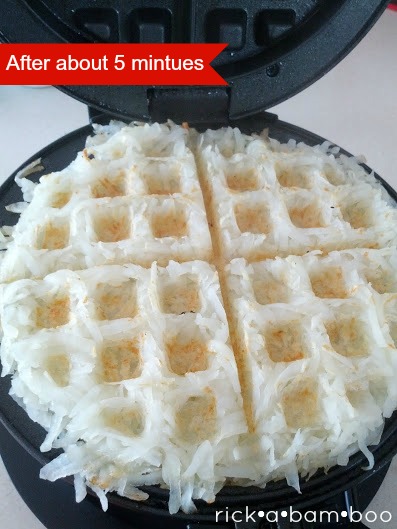 Making hash browns in the waffle iron is awesome because you get perfect hash browns every time, and you can work on the rest of your breakfast while the hash browns cook.

You can use any kind of potatoes you want. Even sweet potatoes. Believe me. I tried it. Just be sure to watch them so they don’t burn. They will burn much faster than white potatoes because of the sugars.