A few years ago Ricky and I went to dinner at Applebee’s and saw a tasty little wonton taco appetizer on the menu.  Of course we had to try it.  Those tiny tacos were so delicious I wished we had ordered an appetizer for each of us. 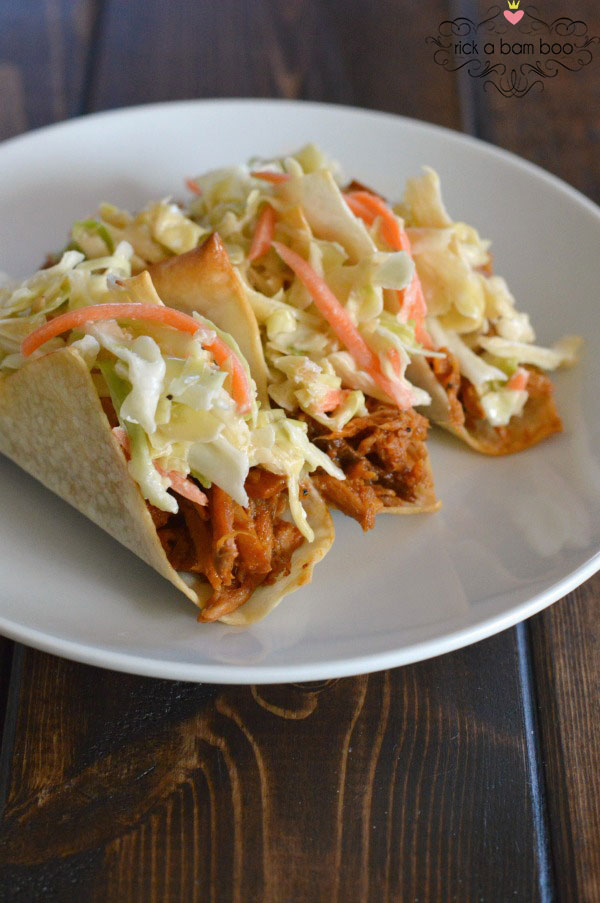 After a few days I still had them on my mind so I decided to make up some of my own.  I usually only make them during football season because the make a game time snack. 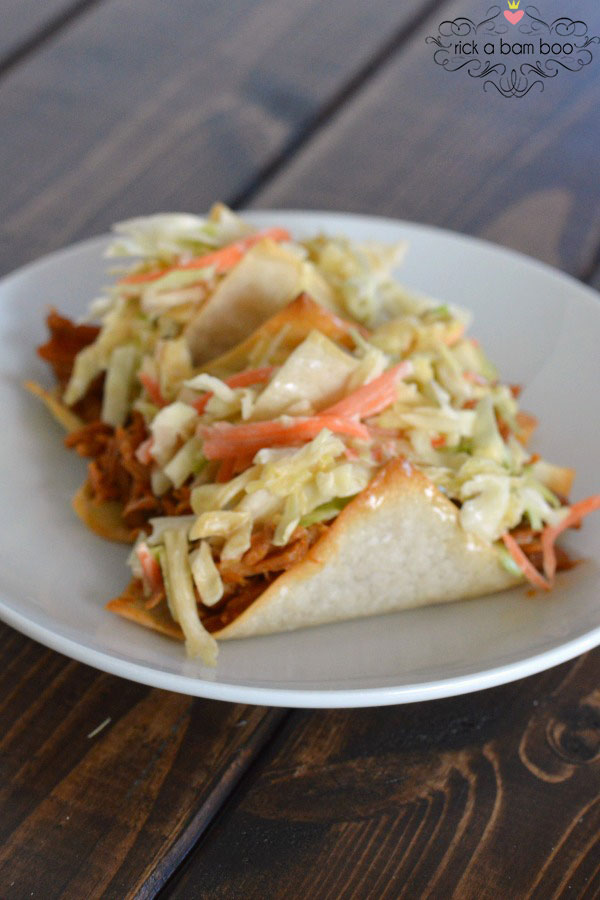 I used Stubb’s BBQ sauce because it has no high fructose corn syrup and most of the grocery stores I frequent carry it.  I also used Soy Vay Veri Veri Teriyaki.  It’s a favorite sauce at our house. 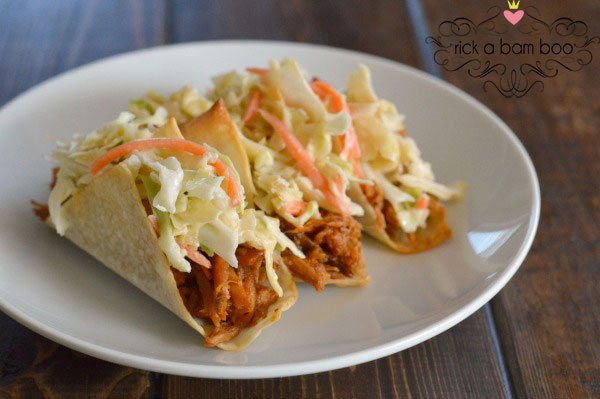 I like that they are tiny tacos because then I can eat a whole bunch and not feel quite as bad about myself.  I ate five of them during this photo shoot.  Plus that crockpot full of pork goes a long way at a party when you are serving it in wonton wrappers. 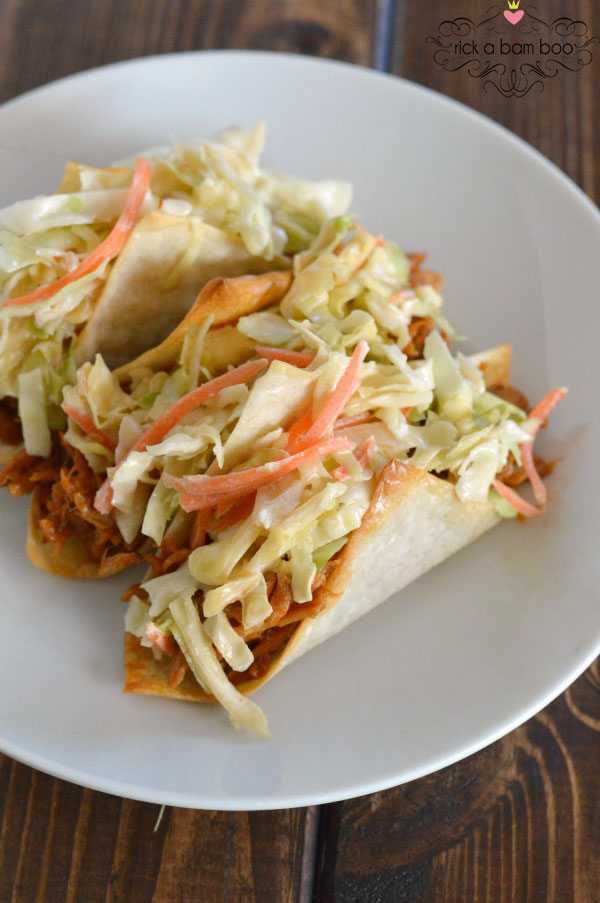 What dishes do you like to serve on game day?