The story of how I found my 1937 vintage Singer 221 Featherweight sewing machine.

Last week I was at my local thrift store. I caught a bug a couple months ago to start looking for vintage sewing machines. Specifically the black Singer machines. Just before Mother’s Day, I found my very first one. It was a Singer Spartan 192k. But that’s a story for a different post. Since then I have been on the hunt for more pretties to add to my collection. This is the story of my Singer 221 Featherweight. 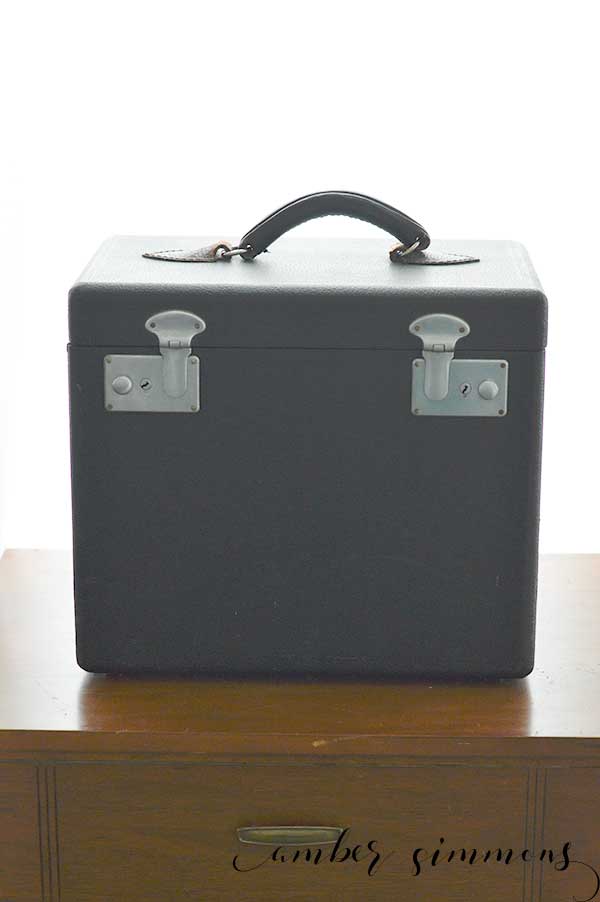 So, I was at the thrift store, and as I was walking by the collectibles case a man was opening up a black case. He lifts the lid open and says, “Oh it’s just sewing stuff.” Of course, this catches my attention. I am sure I stopped abruptly. Luckily my phone was in my hand and I was looking at it, so hopefully, he thought I was just looking at my phone. I stood there a couple seconds trying to see what was in the case without being too obvious a lurker. 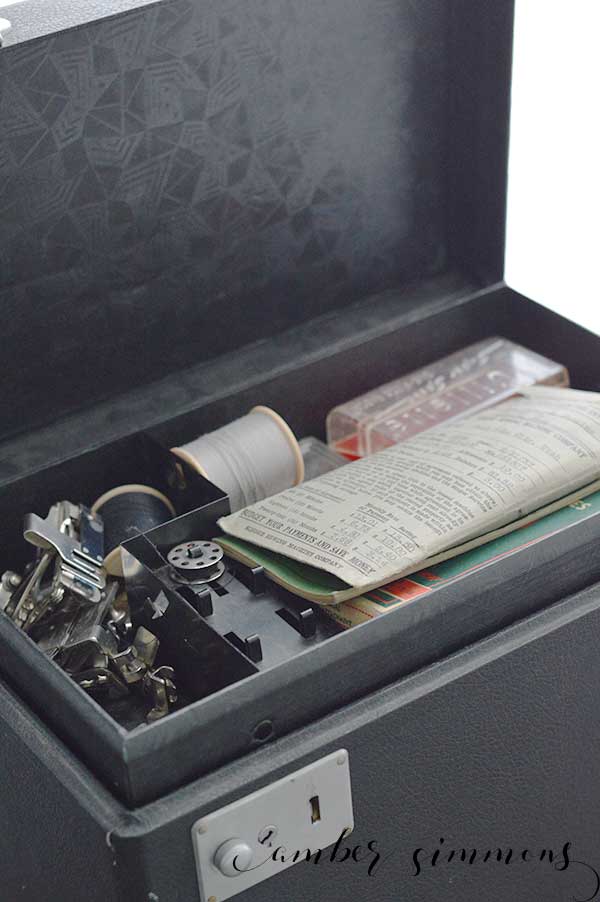 He lifted up the tray insert and said, “This smells like my grandma’s house. There’s a sewing machine down here. Probably worth some money. But not to me.” By then I had seen there was some sort of black sewing machine in the case and had started walking away. I told my sister about it and said that when he left the case I wanted to check it out. 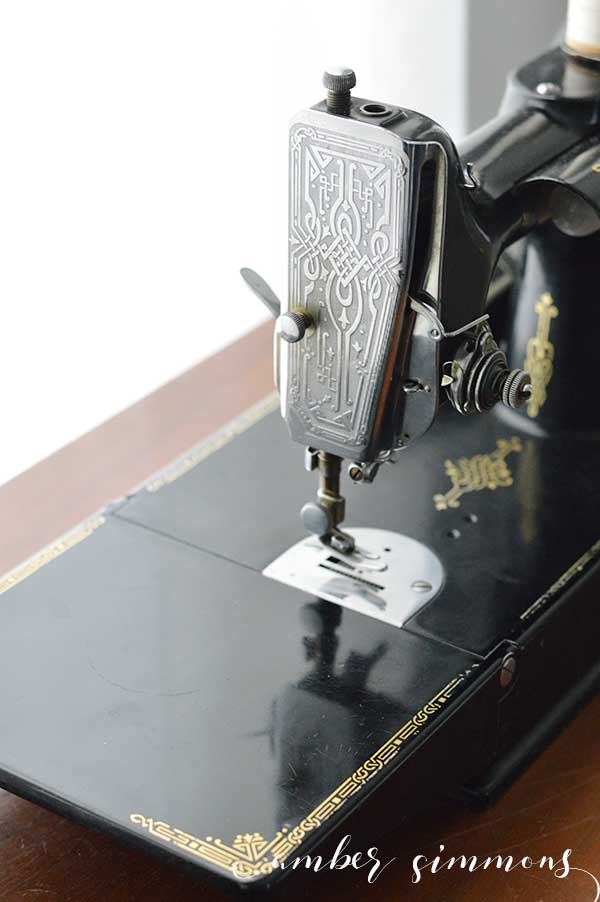 I waited until he left the collectibles and I asked to see it. I opened the case and saw spools of thread, needles, and an assortment of feet. When I lifted up the insert I could see a black vintage Singer sewing machine. I didn’t take it out of the case. I didn’t plug it in to see if it works. I didn’t even know which model of machine I was looking at. I just said, “I’ll take it.” The man at the collectibles case wrote me a ticket for the $30 the case was marked and I went up and paid. 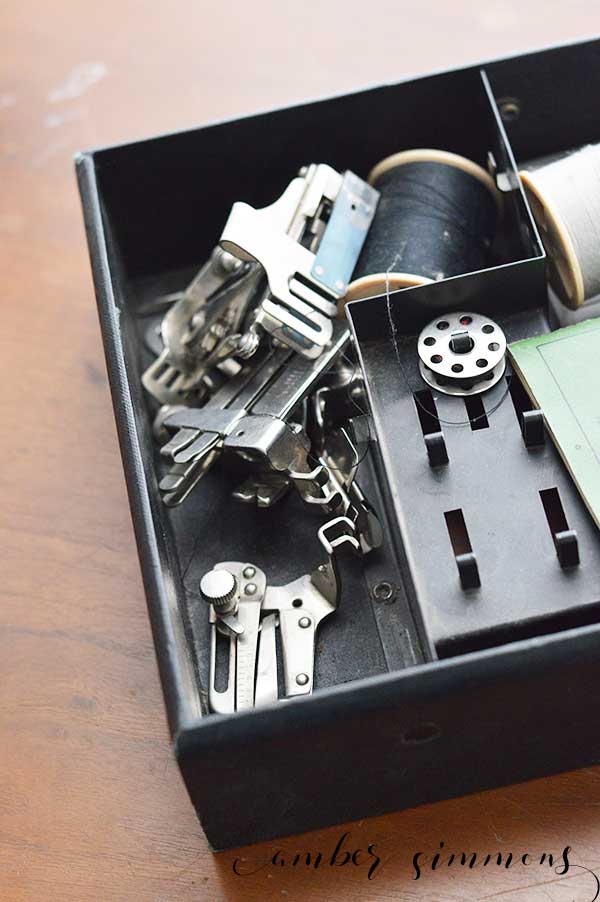 I took my receipt back and collected my purchase and hurried it out to the car. I briefly opened the case again to have another look, but I almost felt like I had a super precious item that I didn’t want anyone in the parking lot to see. 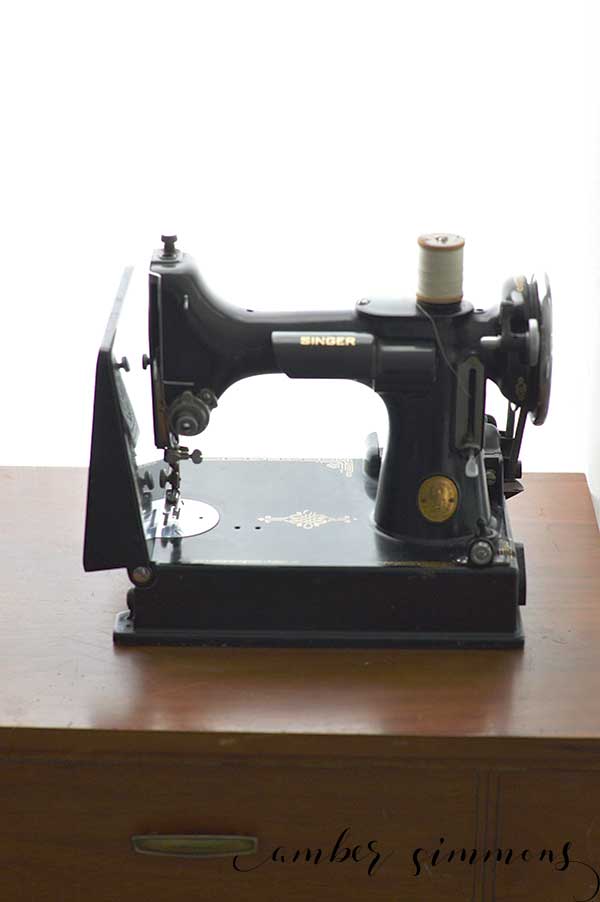 Next, I went to my mom’s house to show her my find. I pulled it out of the case and she told me it was a featherweight. A featherweight! I had seen them on Instagram. I know that quilters love them. They are portable and easy to take to sewing retreats. I had thought it would be fun to own one. I had even looked at some on eBay last year. They go for somewhere between $300-$400 depending on the condition and accessories. I happened to find this one for $30 at the thrift store. What a find!

I was lucky enough to be in the right place at the right time. If that guy hadn’t been looking at it and talking about it out loud, I wouldn’t have even looked in the case. 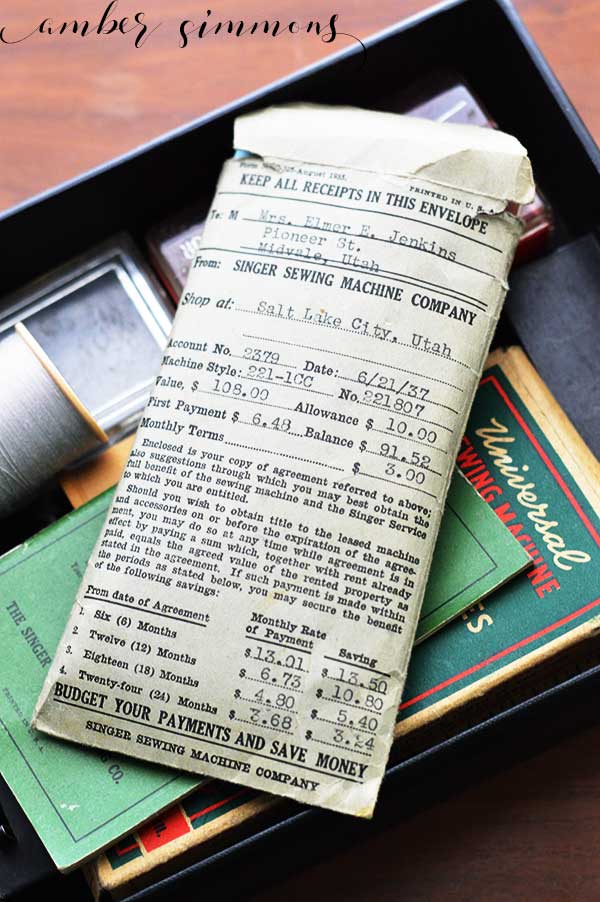 In the case, I also found the original sales receipt from 1937.  If I had bought it the week before I would have purchased her 80 years to the day from her orginial purchase. Crazy! Just for reference, $108 in 1937 is equivalent to $1835.50 in 2017 according to this inflation calculator. It was a major purchase, but it was something that was built to last. 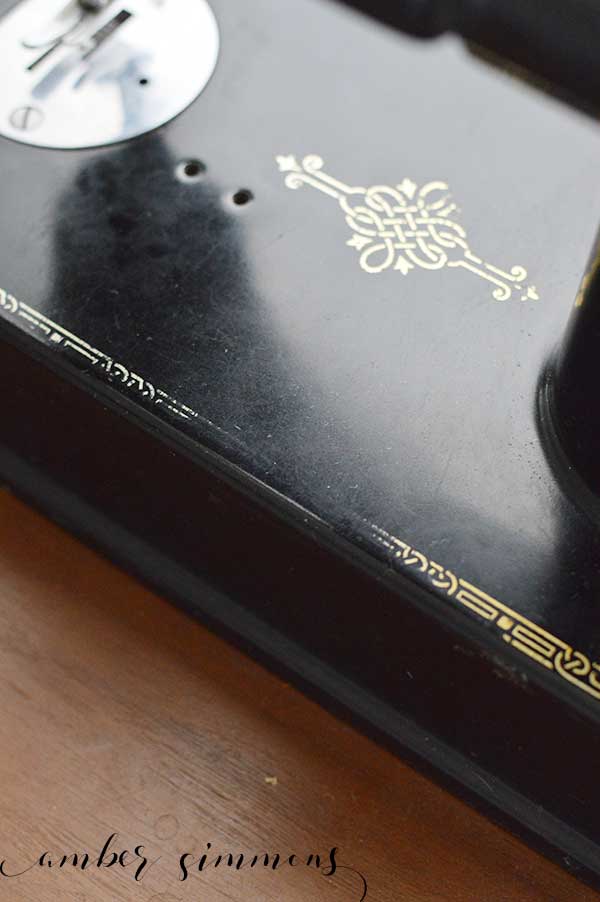 She is in good condition for being 80 years old. She has some worn decals, but that just means that she was used and loved. Overall she looks good. I have named her Gladys after her original owner, according to my Google search based on the name that was on the receipt. 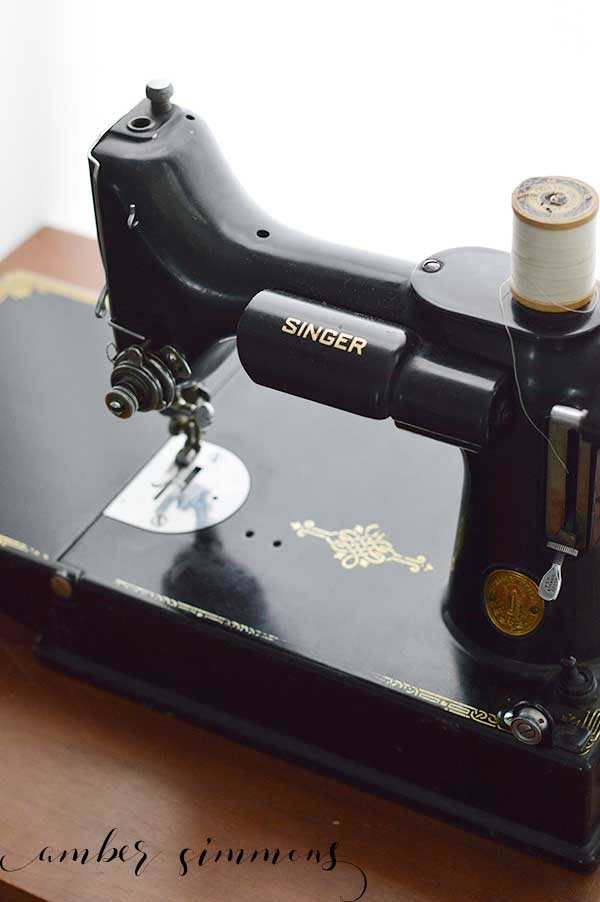 I have basically spent the last week researching and learning all I can about vintage Singer sewing machines. I am probably borderline obsessed. I am excited to start my new hobby of collecting and restoring vintage machines and I can’t wait to share with you want I learn along the way.